So what is happening in the rest of the UK now that the Scots have a BSL Act? For many years the British Deaf Association (BDA) has been campaigning for BSL to be given legal status throughout the UK.

Why is it important for BSL to have legal status? Deaf BSL users are protected from discrimination under the Equality Act 2010 BUT because BSL has no legal rights then access using BSL is not necessarily seen as a ‘reasonable adjustment’ for a Deaf BSL user.

BSL as a method of communication is vital for Deaf BSL users especially in the following areas:

If information is not provided in BSL and fully qualified BSL/English interpreters are not available in these situations, then the Equality Act 2010 is failing to protect BSL users.

When the BSL Bill was going through the Scottish parliament a great deal of evidence was gathered that showed that the Equality Act 2010 was indeed failing Deaf BSL users. But this is happening throughout the UK not just in Scotland. This is why it is important that a BSL Act is available throughout the UK to give BSL legal status which will make the Equality Act 2010 more effective for Deaf people.

What is UNCRPD and what does it require the UK government to do?

The United Nations Convention on the Rights of Persons with Disabilities (UNCRPD). This is international legislation that includes five articles that refer specifically to sign languages. These articles require countries like the UK to recognise, promote and support the use of sign languages:

Article 21 – requires that people with disabilities should be allowed freedom to express their opinions and access information using their choice of communication, for example using sign languages

Article 24 – requires governments to facilitate the learning of sign language and ensure that education is delivered in the most appropriate language. Also that they should employ teachers, including those with disabilities, who are qualified in sign language and/or Braille.

Article 30 – recognise and support the specific cultural and linguistic identity of people with disabilities, including sign language and Deaf culture

As a results of the BDA’s campaigning the House of Lords Select Committee have decided to review the Equality Act 2010 and how it relates to disability.

The BDA has produced a very comprehensive report ‘ Equality Act 2010 and Disability’ that has been submitted to the Select Committee to help them with this review.  This report contains lots of useful information and makes very interesting reading for anyone interested in BSL

BDA also gave an oral report, via a BSL/English interpreter, to the House of Lords on 27th October 2015.

The BDA is calling for the government to strengthen the Equality Act 2010 so that it not only protects Deaf people’s rights but also protects and promotes BSL as a language.

The BDA is also asking that the government fulfils its duties under the UNCRPD by giving legal status to BSL through a BSL Act and through other legislation that will achieve the aims outlined in the five articles of the UNCRPD. 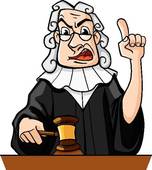